Shopping Cart
Your Cart is Empty
Quantity:
Subtotal
Taxes
Shipping
Total
There was an error with PayPalClick here to try again

Thank you for your business!You should be receiving an order confirmation from Paypal shortly.Exit Shopping Cart

It's finally time for a new update for Oka the Neko!

Oka the Neko came out months ago and it was a very exciting moment for Cup of Tea Games. Now with a few requests from fans of the game, we introduce to you a new update that satisfies with such demads, the Cosplay Update! 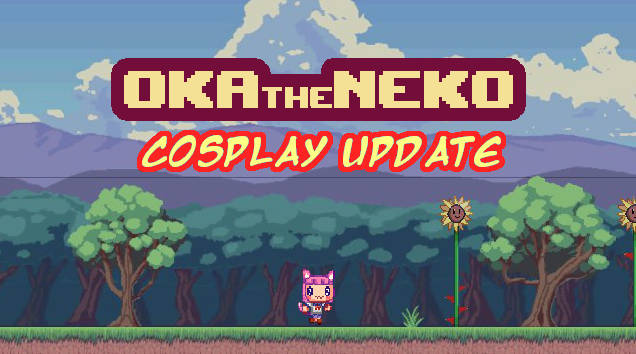 This update shall include the following :

- Greatly reduced prices in the Shop

This Update shall begin testing phase as a test build exclusive for Site Members of Cup of Tea Games!

If you wish to try it out a week before release, go to the Members Page

Oops, you forgot something.

The words you entered did not match the given text. Please try again.